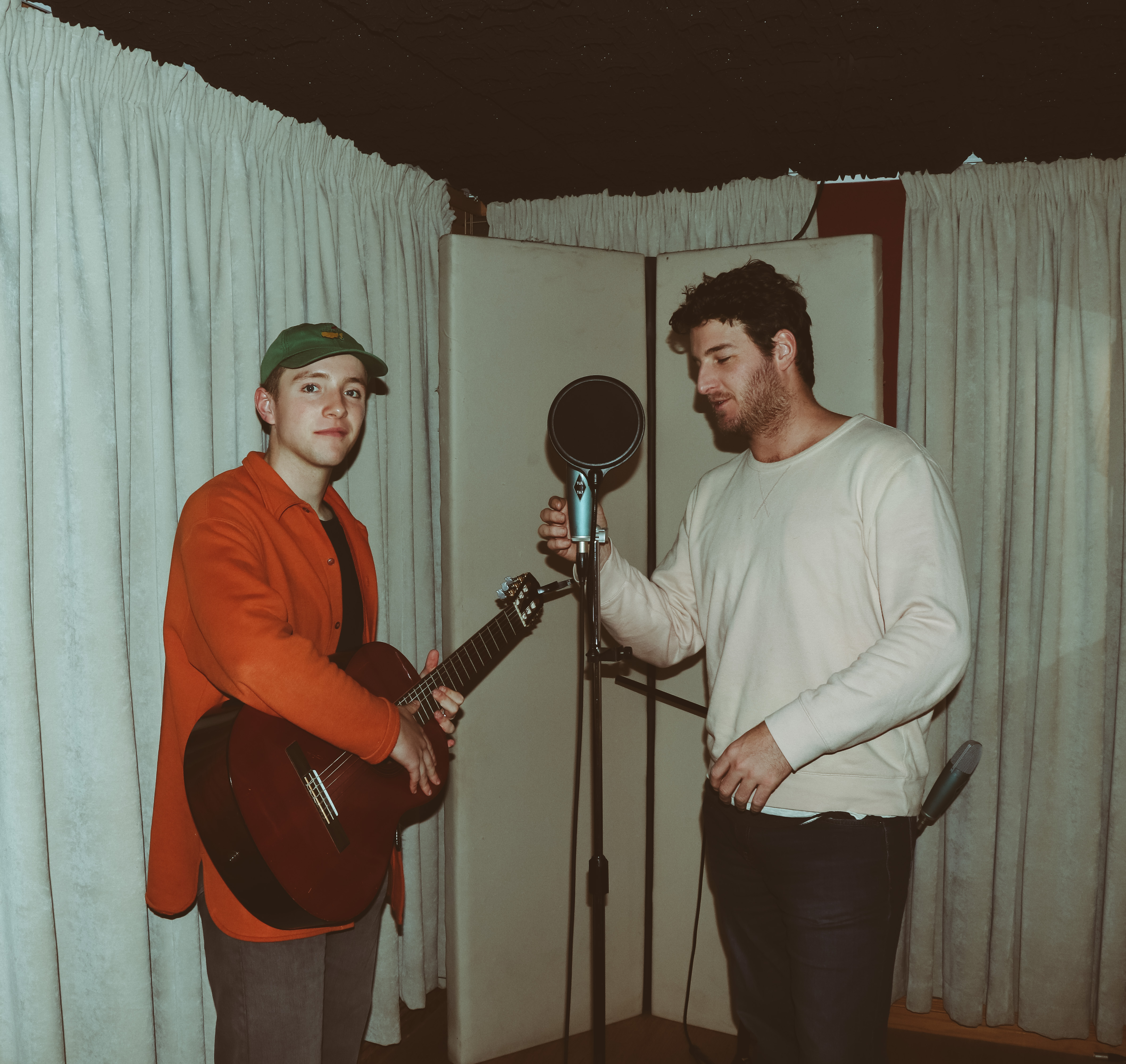 Giulio Beltramo has been a recent addition to the list of great artists that come and record here at Cosher studios, and is already making some big waves in the SA music scene.

Halfway through May of this year, he released the music video for his latest single “Heartbreak I’ve Become”. In the month since it’s release, it’s been nominated in the 2019 Bokeh Fashion, Lifestyle and Film Awards. The nominations for the music video are – Best Music/Production, Best Emerging talent as well as Best Direction. What’s more, he directed the video himself – making him both a recording/performing artist as well as a director, something we don’t get to see often.

The song process began when Giulio came in to the studios to work with DJ Cosher, having already written his chords and lyrics in his distinct guitar and vocal style. These lines were recorded and a scratch vocal was laid.

What followed was DJ Cosher’s advice on what the right structure and form would be for the track. As the song was originally written on guitar the structure didn’t follow any specific arrangement. Once the proper form was set, DJ Cosher set about creating the basis of the backing beat, which was kept minimal. There was a strong focus on organic sounds, so hand claps instead of synthetic drums and real bass guitar instead of synth bass (that would be recorded at a later stage).  DJ Cosher wanted the rhythm of the drums to compliment the feeling and vibe of the song.

Backing and additional vocals were added by Giulio. He had many great melodic and harmonic ideas for the backing vocals and this added a great edge to the song. These were used as key elements when arranging the track. A few basic adlibs and doubles were further added and the track was essentially completed from a recording point of view.

It was at this point that we were introduced to an absolutely fantastic bass player as well. Langa Dubazana, a friend of Giulio’s, came in to the studio for a single session and played through the track flawlessly. He did this after taking a single listen. It’s not often that one can press record and allow a player to play without stopping the track to redo a section. His skill speaks for itself in the track where you can hear him jamming all over the fretboard with ease.

DJ Cosher then put the track through it’s mix and mastering phase. Again, a big focus of the mix was to keep it feeling organic so a lot of effort was put into getting the balance between the guitar and lead vocals. Backing elements and production fell easily into place thereafter. It was a pleasure working with Giulio’s vocals as it effortlessly found its way through the  mix.

While the track talks about heartbreak, it’s still a feel good kind of track with an upbeat tempo and bouncy melody, which has the capacity to keep the listener engaged throughout.

The track begins with a classical guitar riff with timed string muting that produces an element of a tempo. This takes you straight into the first verse where Guilio’s vocal style gives you a bluesy entrance with a touch of vocal control we often see from much more established artists.

The bass then comes in during a short break before verse 2, which follows the same uplifting feel. The backing vocals bolster the main vocal line and at times harmonise with it.

The chorus is a mix of well timed vocals, the same bouncing upbeat guitar, backing vocals and light claps which  bring the rounded sound to the song. What’s often difficult about the lighter genres is that one can tend to overproduce parts of the music, adding redundant elements. DJ Cosher showed his prowess here, he held back and didn’t add  too many excess elements which ultimately led to the track being focussed on Guilio’s voice and guitar, and clearly the team at Bokeh agree it was a good decision.

This feel good number is set to be a winner, and local stations have already begun to play the track, with well known, Cape Town based station KFM adding the song to their playlist almost immediately.

You can listen to the track here below: 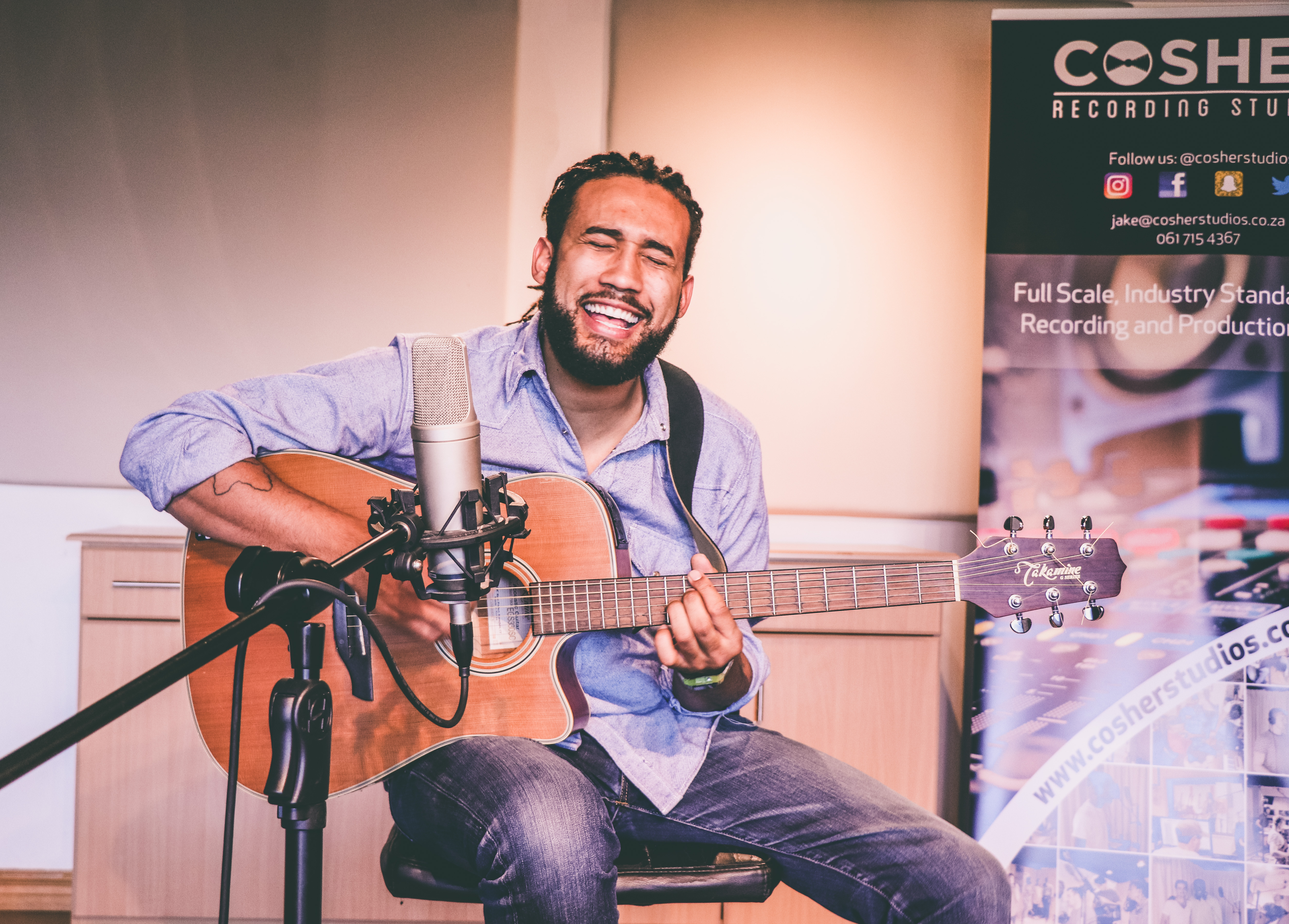 Taking Control of Your Music Part 4 – Ways to Improve Your Music Making
Ready To Work? Contact Us Today!