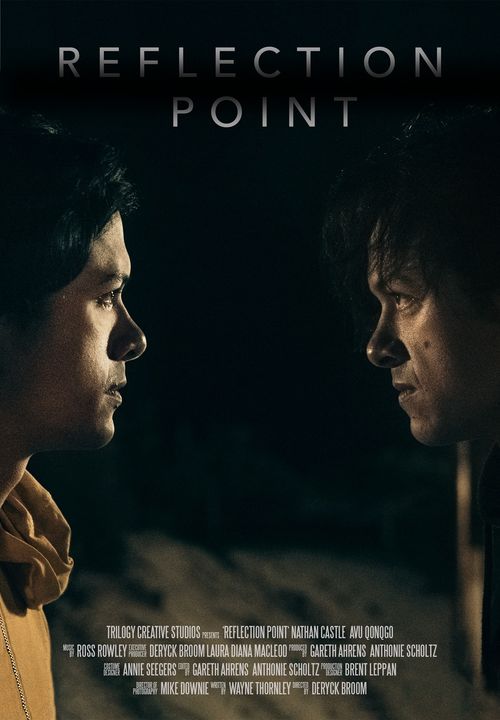 Visual media is one of the great storytelling devices of our age, and with more and more series and films arriving on internet based platforms like Netflix and Amazon prime, South Africa is set to start making some serious waves with post production, especially since the homegrown newcomer series “Inconceivable” and “Legacy” have started airing.

It’s behind this backdrop of a growing industry that Dyrick Broom, executive producer and director from Trilogy Film Collective in Cape Town, approached composer Ross Rowley and sound engineer Charl Mostert to create the composition for this narrative drama. The Film has since won best narrative Film at Festigious Los Angeles, and Ross won Best score for the same festival, ousting over 1000 internationals and U.S based films for the spot. 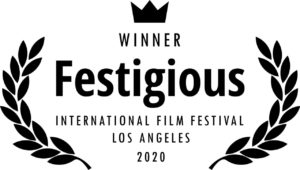 Composer Ross Rowley started getting involved from the post production perspective after filming was done, meaning that the offline edit had already been in progress when he started composing. Due to the nature of the story itself, between director and composer it was decided that instead of an actively composed soundtrack for each scene, thematic structures would be chosen instead of  fully underscored music.

Ross began his composition with the end of the film, an emotive strings section with swelling chords and moving but subtle touches in the piano.  This order of events was chosen because the edits were still happening, meaning that the rest of the score had to be more fluid in case of changes to scene lengths. Once this was completed the work began on creating thematic structure for the film in the various situations and for the on-screen characters.

Ross chose to create a piano and string mix with an uplifting feel for the main family scenes, this was done to create a lightness but with the possibility of slight changes to add to the mysterious character of the unknown. This was an antithesis to the theme for the antagonist, which was done with a piano in a large room reverb, with low and high notes creating a very unsettling feeling for the shady character which appears in the film. What was added was also a slight overdrive which creates an almost scream effect on top of the low and grungy bass notes.

Added to the antagonist theme are also strings which have a pitch bend on them, further unsettling the listener and making the music seem disjointed and unnerving.

Adding to this, a few fight scenes had been scripted, and for this Ross chose to forgo the main instruments and instead add an intense drum pattern which heightens the emotions of the moments. What was needed for these scenes was a swift change in energy and pace which only heavy percussion is capable of producing.

These pieces were gradually added to and altered as the scenes came together.

Lastly, a Christmas scene was discussed which is part of a dreamscape. Deryck spoke to Ross about what he wanted in terms of this scene, which was to create a sound which felt like a dark Christmas carol.

Ross initially chose to use a glockenspiel for this, in order to touch on the lighter Christmas style sounds. Along with this, he added the same deep piano and darker feeling which created an intense discomfort for the listener. In the background there’s a piano which runs along with the theme of Jingle Bells, making the similar theme feel recognisable but uncomfortable.

As with all films, once the main edit had been completed, the team spent some time on the final touches and tweaks. These can often take the longest as the post production moves through offline edits to draft edits and final locked edit.

The three decided on some musical elements and some sound FX elements which would add to punctuation points in the film, which are important as the story requires certain points to be properly accented in order to assist the narrative. Some of these comprised low boomers and slight movements in the music as well as some low end changes and removal of part of the track during scenes which needed them.

Ross remarked that what was challenging about the music was keeping the themes structured in a piece of music that is not necessarily kept in a set BPM. Having to let the music move along with the shots and changes made for a difficult yet rewarding score. The mood and energetic shifts which happen in a film like this are a challenge for any music maker, but on the first view it is evident that the music is fitting and well directed.

The Film as mentioned earlier, has at this point, won the award for Best Narrative Drama, Nathan Castle, one  of the 3 lead actors clinched best actor, and lastly, Ross Rowley won best score. The short film has also been selected for best Narrative Drama in the Venice Short Film Festival, and is at this point a semi finalist in the competition. Venice and Festigious are international film festivals held online monthly and also annually, based in California. They are officially recognised by the International Movie Database (IMDB), the largest online resource of film makers. Second is the entrance into the Lift-Off-Sessions monthly showcase and film festival, and is in consideration for no fewer than 5 other film festivals including Tribeca, Oslo, Glasgow and Portland film festivals.

As with most short films, it’s difficult to assess what the impact will be, but it’s not impossible to see the potential for a dramatic piece to do well, so hopefully, this is the case.

Unfortunately, the film cannot be shown until after the festival season is over, so you’ll have to wait and see what comes next! 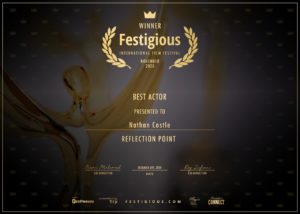 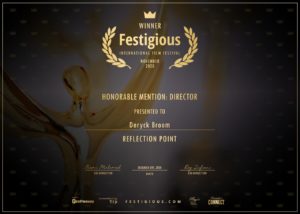 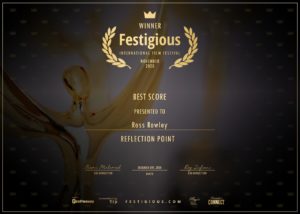 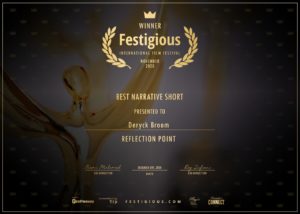 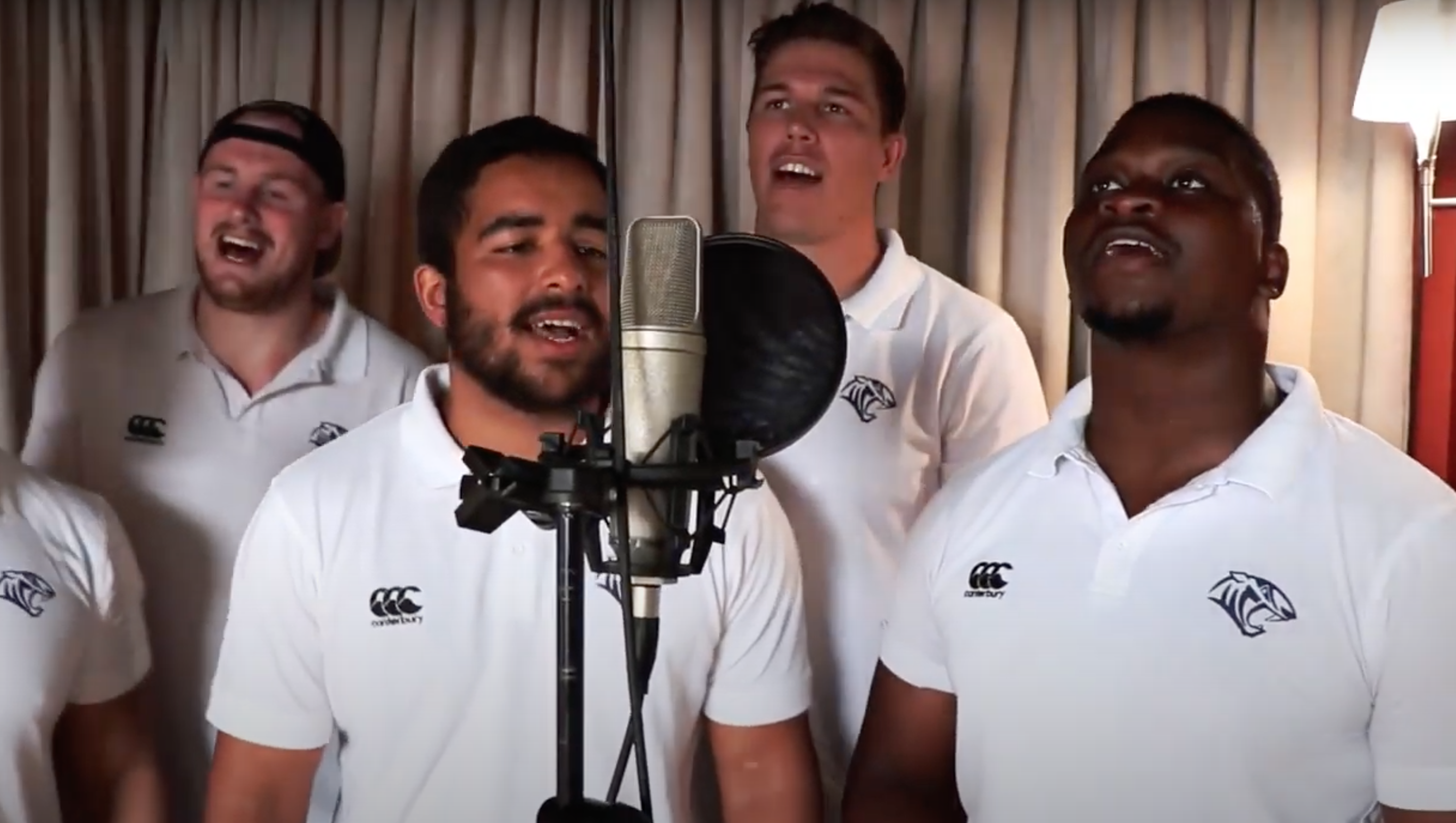 The UCT Ikey Tigers Release a Video of Their Team Song “Warrior Poet”
Ready To Work? Contact Us Today!